I’ve been thinking a lot about fusion cuisines lately (and how ‘fusion’ isn’t just something reserved for modern restaurants), and as I stumbled down this research rabbit hole, I wanted to share what I found with you.

Starting in about the 1990s here in the U.S., ‘fusion’ restaurants popped up and heralded their blends of eastern and western cuisines. However, ‘fusion’ food has been around since time immemorial, blending together different ingredients and preparations and cultures come into contact and traditions blend. To go back to the American restaurant example, think of Chinese restaurants in the U.S., where dishes are heavily adapted to the American palate.
If we go farther afield and further back in time, we find a fusion cuisine of Japanese and Portuguese food. The first Europeans in Japan were Portuguese, who were on a Chinese ship that got caught in a storm and misdirected, landing in Japan in 1543.

The Portuguese came in larger numbers to Japan in the late 1600s, as traders and missionaries, and brought with them food and customs from their homeland. They were so numerous that they were given a title within larger Japanese culture.
The “Southern Barbarians”, as they were called, became entrenched enough in Japanese culture that a Japanese language cookbook of their recipes, a cuisine which came to be known as nanban, was compiled. The 45 recipes were initially handwritten, and compiled over the years before being published as a printed work around the 20th century (the manuscripts can be found at this library).

The Iberian food the Portuguese brought with was very different from what the Japanese prior to this time were used to—for one thing, it had a lot more sugar (which the Portuguese brought to Japan, where it previously had been a rarity). It was also heavier, with more oil, meat, and eggs. And while the cuisine was initially seen as something very disparate from Japanese food (sugary food, like konpeito candy, was associated with Christianity thanks to the missionaries who passed candy out during their work), this fusion cuisine birthed the well-known cooking style of tempura.

The original nanban dish has the flavor profile of Early Modern Iberian cooking, with lots of spices and aromatics. This tenpurari recipe, along with another recipe for fried fish, are thought to be the precursors for tempura, which did not take its modern form until a couple centuries later (You can see some tips for frying oils used in Japanese cuisine here).

A number of Portuguese-inspired sweets emerged, as well, including castella or kasutera, which is a sponge cake, as well as the konpeito candies.
The Portuguese, and other Europeans, were largely barred from Japan with the national seclusion policy of the 17th century (I talk about European traders and Japan a bit more in my book on afternoon tea, which comes out in just a few months!)

Stay tuned for some Irish hot whiskey for cold later winter nights, plus a couple recipes from a very special celebration dinner I spent the weekend cooking in New York City.

Have a wonderful week!

Ring in the season with unique gifts, or learn a new skill yourself!

I’m so very excited to open up my books with offerings to help make your holidays a success:

Now for something extra special: discounts on artwork!

I’ve got all sorts of goodies for the food-loving folks in your life, from shirts to kitchen and household goods, made with hand-drawn designs and a lot of love. Now you can get a head start on unique gifts for everyone on your list at a big discount through Tuesday–see the details at the bottom of this email, and head here to start shopping!

Thanks for joining me! 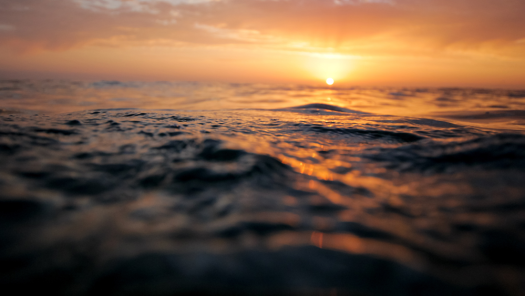